skip to main | skip to sidebar

At this year's Educon I had the opportunity to collaborate with some wonderful librarians (Michelle Luhtala, Joyce Valenza, and Shannon Miller) and a fantastic student (Michael DeMattia) to share our experiences and have a conversation about teaching and learning in a no ban and no filter zone. The conversation is important because around the nation there are schools that are making the choice to do what is most convenient rather than what is right for kids. Rather than thinking outside the ban and empowering children to use the devices they own and access the internet they encounter outside of school, students are being banned and blocked.


During the conversation we shared ideas, experiences, and looked at questions such as the following:
What is the difference between students in schools that filter aggressively and ban and schools that dont? What evidence do we have to demonstrate that there is a difference at all? If there is, is that difference relevant? Meaningful? Important? What do students have to say about it? Do they care?


Below is a presentation outlining what we shared.

No comments:
Email ThisBlogThis!Share to TwitterShare to FacebookShare to Pinterest

What should every citizen know? My Answer. 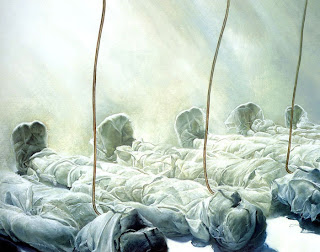 People are not widgets and no one should try to coerce individuals to become part of a Stepford citizenry. Our students are rebelling with dropout rates at 33% nationally and around 50% in large cities like Las Vegas, New York and Chicago.  Our teachers are sick and tired of being forced to engage in a test-based curriculum that lines the pockets of publishers while killing the passion and creativity of students. Many of the good ones have left or are leaving.

An informed citizenry is made up of many people. Every person does not have to hold all the knowledge that a group of strangers thinks is important for their success in moving through the conveyor belt at the same rate and exiting on the same date.
We need to stop with the force, coercion and imposition of knowledge upon others. We must give people the freedom and trust to pursue the learning that “they” value as important. We need to spend some time learning more from the unschooling community and Democratic schooling environments where we’ll find out that when given choice and provided with necessary resources, along with a supportive and caring environment, people will discover and learn what they need to know for "their personal success."  This all comes without force, coercion or even traditional teachers, tests, textbooks or classrooms.
We need to stop trying to figure out what everyone needs to know and let our nation’s young people take ownership and make decisions about what they want to know.
We must move away from the industrial model of testing for the standardization of students when they get off the end of the school conveyor belt and move toward customization of what each individual chooses for their own personal success.
The role of the educators in a building must move from imposing knowledge to inviting curiosity, discovery, and providing support in helping young people determine an individualized plan for success.
Personal success does not mean participating in a system that creates a bunch of standardized cogs who meet the manufacturer’s specs.
It means we must realize one-size-fits-all really only fits some and strips the uniqueness and creativity from most. We want more than turning our children into processed and manufactured cogs in a system that sees them simply as uniform producers of data to be analyzed and tested in ways that reap huge profits for those providing and measuring a one-size-fits few solution to an informed citizenry.
It means providing environments where the mechanics, farmers, game designers, home builders, stunt people, Olympic snowboarders, artists, adventure travel operators, soldiers, football coaches, television directors, winemakers, talk show hosts, poets, firemen, chefs, restaurant owners, wildlife conservationists and more (note college degree not required for any of the aforementioned) can have the freedom to discover and explore a customized learning experience that honors and respects them as the successful individuals that they have the potential to become. It’s time we stop trying to produce graduates that all look the same and are prepared to follow the herd and start empowering young people to discover, choose, and pursue their own paths.
No comments:
Email ThisBlogThis!Share to TwitterShare to FacebookShare to Pinterest
Newer Posts Home
Subscribe to: Posts (Atom)